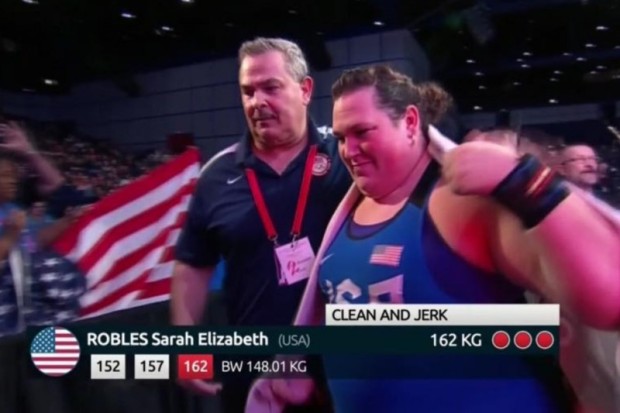 Olympic athletes and their coaches have to pay their own way to the Olympic Games. While they might receive some financial support from their respective sport’s governing board, they almost always have to cover a majority of the costs of travel.

Most Olympic athletes, like me, have either part-time or full-time jobs in addition to our full athletic training schedule—we can’t cover our daily living expenses otherwise, and we can’t go to the Games without adequate funds. And for the coaches of Olympic athletes—coaches who often train Olympic hopefuls without pay or for minimal pay while trying to have enough time to properly support and train other clients—going to the Games is something that validates the investment of time and effort they’ve poured into helping an athlete qualify for and participate in the Olympics, but it’s just as expensive for them to go, too.

My coach, Tim Swords, has given more than 30 years of his life to training and helping under-privileged kids make something of themselves. Because of his knowledge and ability to properly his weightlifters, he has seen his time rewarded by the number of his lifters going on to have college or national careers in the sport. I owe so much to Tim—his training made it possible for me to qualify for the Rio Games. He deserves to be there with me in Brazil. He deserves to see first-hand what his work has accomplished. There’s no one else I’d rather have on my side on a day like this—a life-changing one! I need my coach. It’s difficult to express how I have felt after so many trials, failures, and victories, to be held up through it all by somene as great and kind as Tim.

Will you please support us in getting Tim to Rio? We are on short on time, but any contribution is worth more than just the dollar amount contributed. It is a tribute to a wonderful coach who dedicates his all to his athletes. Every donation is tax deductible as Team Houston Weightlifting is a non-profit organization.

You can donate to Coach Swords’s travel fund on the GoFundMe page set up for him by Chris Helton: https://www.gofundme.com/2frudtj3

Thank you for your support, everyone. And thank you, Tim. I wouldn’t be going to Rio if it weren’t for you.